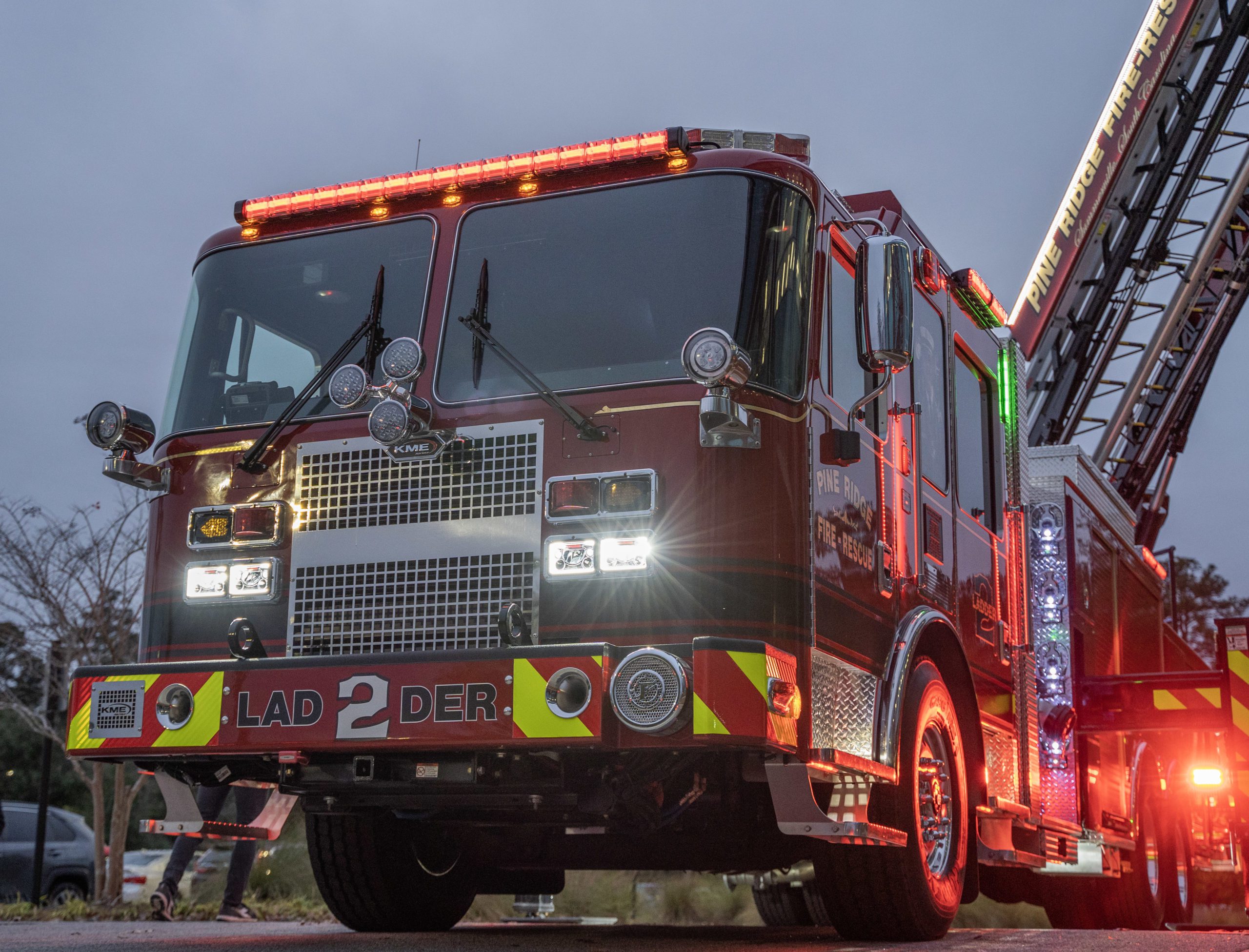 About thirty minutes outside of Charleston sits the community of Pine Ridge, South Carolina. In the past 5-10 years, the town has grown from a rural town with sparse housing, to a quickly growing area with several multi-story structures and housing developments. Called a mega development, one recently built community is home to around 2,000,000 square-feet of commercial property, as well as around 900 residential homes. Pine Ridge still has several mobile home parks, as well as some rural areas with larger, dark properties. The fire department has been a combination part-time/volunteer department, but recently changed over to a full-time/volunteer department. The department responds to medical, fire, traffic accidents, and special operations calls within its district. 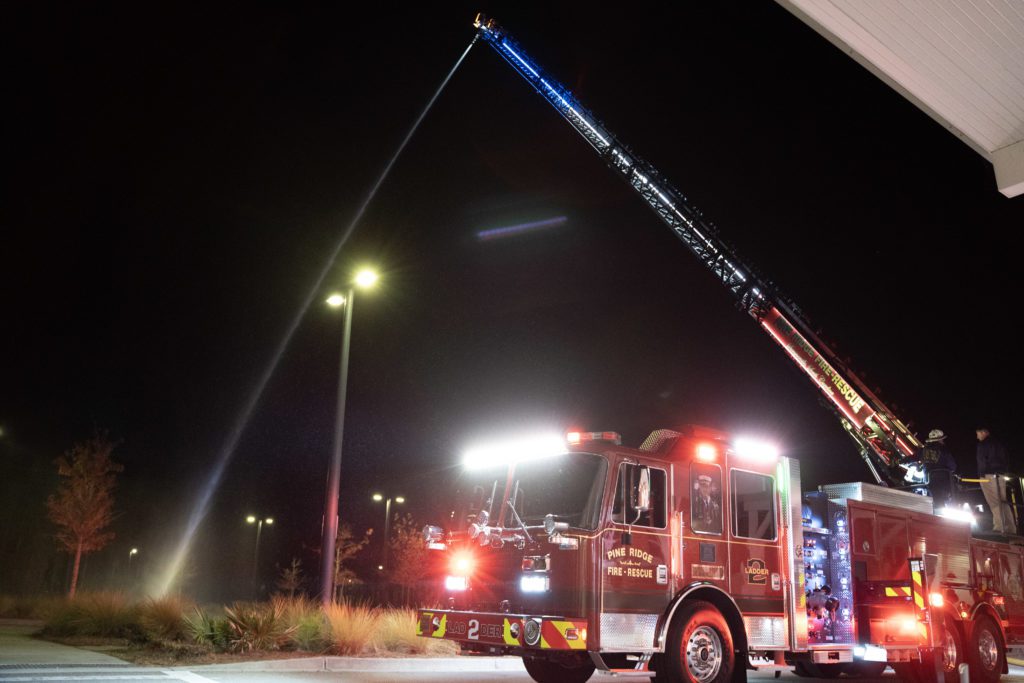 In 2021, Pine Ridge Fire-Rescue received its first new aerial ladder truck in the history of the department. The 2021 KME 103’ Tuff Truck was designed with the needs of the department in mind. The truck committee was partially made up of Charleston Fire Department members assigned to ladder trucks, who were able to provide their personal experiences when designing the rig. The department ultimately a quint concept ladder truck, designed with 650 gallons of water and a 1,750 GPM pump. The raised cab holds 5 firefighters, with an EMS compartment mounted in the rear for climate control. Powering the rig is a Cummins X12 500hp engine, paired with an Allison transmission. The rear compartment of the rig holds around 200’ of ground ladders. The 103’ heavy-duty aerial ladder has a rated capacity of 500’ at the tip, a vertical reach of 103 feet, and a horizontal reach of 94 feet. The truck has a max 12’ outrigger stance with all 4 jacks in place. 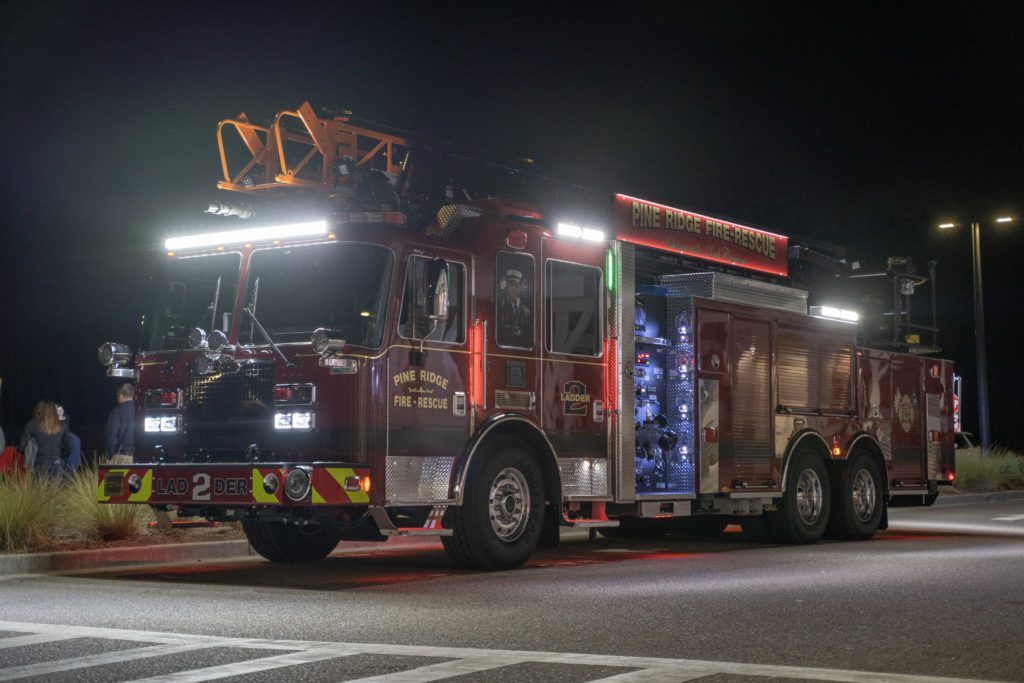 The new Pine Ridge Ladder 2 is the one of the first trucks to feature a full FireTech BG2S multi-system scene light setup. Over the past couple years, the department has had a few close calls with traffic running into their apparatus. Because of this, the committee sought to maximize the warning and scene lighting on the truck. For the front and sides of the apparatus, the department chose BG2S fixtures with red color circuit modules. This allows them to have red warning function in these fixtures to supplement the primary warning package, that is overridden when the scene switches are thrown for each individual side of the truck. In the rear, the department chose a BG2S fixture with amber color circuit modules, allowing for amber traffic director and warning function. On the rear, the scene circuit of the BG2S fixture is able to come on with the traffic director, and the warning function can be overridden by the flood circuit. 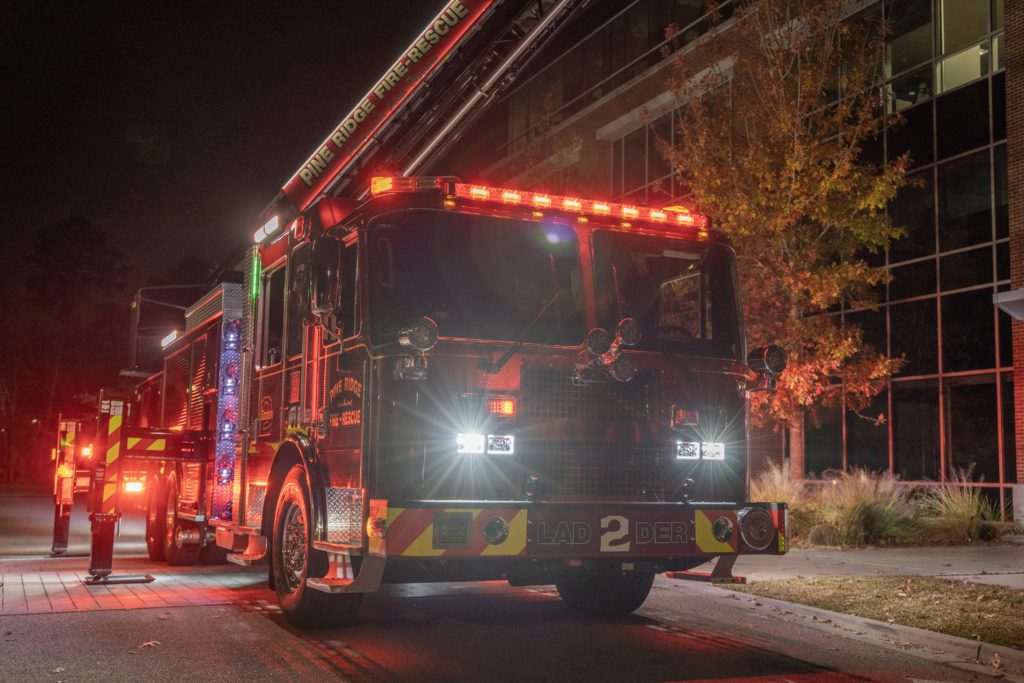 Perhaps one of the most notable features of this apparatus is the BG2S “cruise mode,” a new function available on all BG2S fixtures powered with the System Manager. This feature allows all the BG2S fixtures to light their color circuit on dim, allowing for visibility at public relations events and when out on the town. 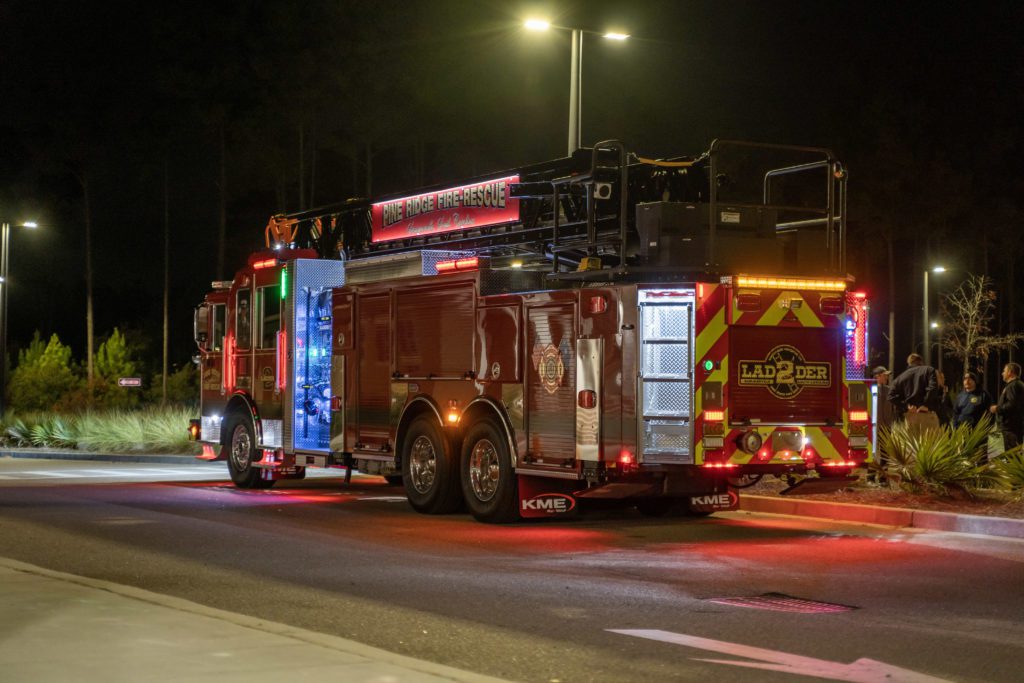 A big thank you to Pine Ridge Fire-Rescue for allowing us to feature the department’s new KME Tuff Truck! Best of luck with the new apparatus! 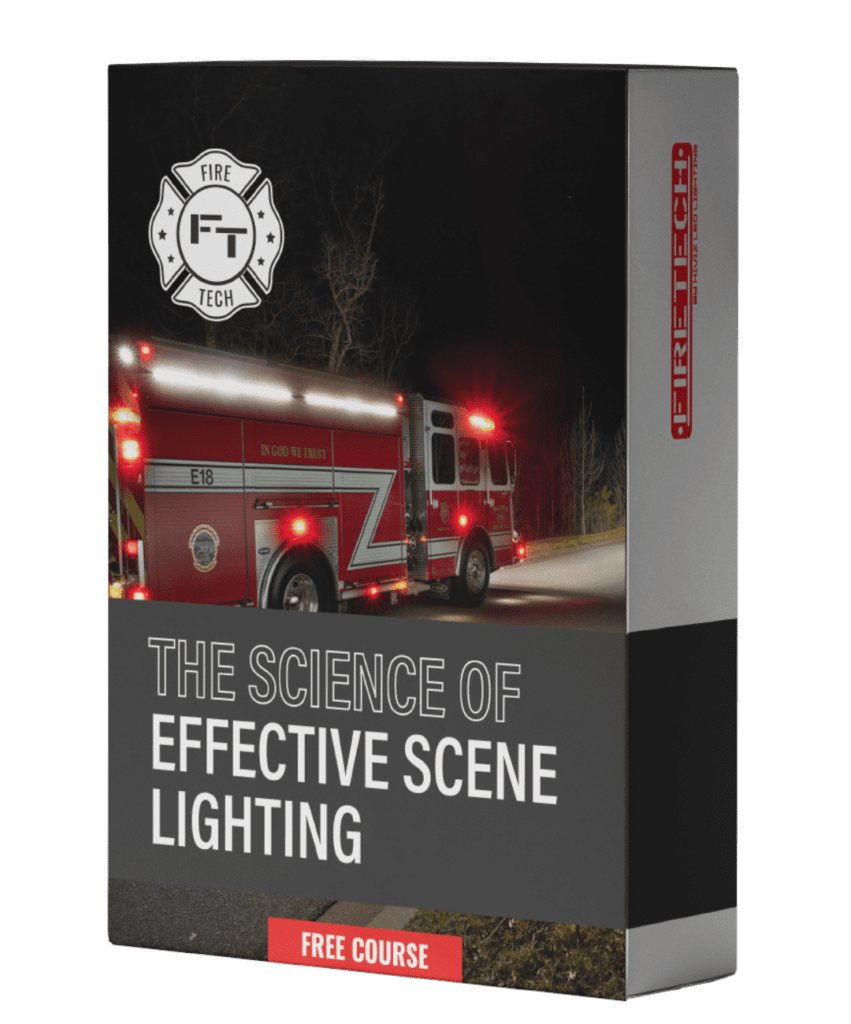