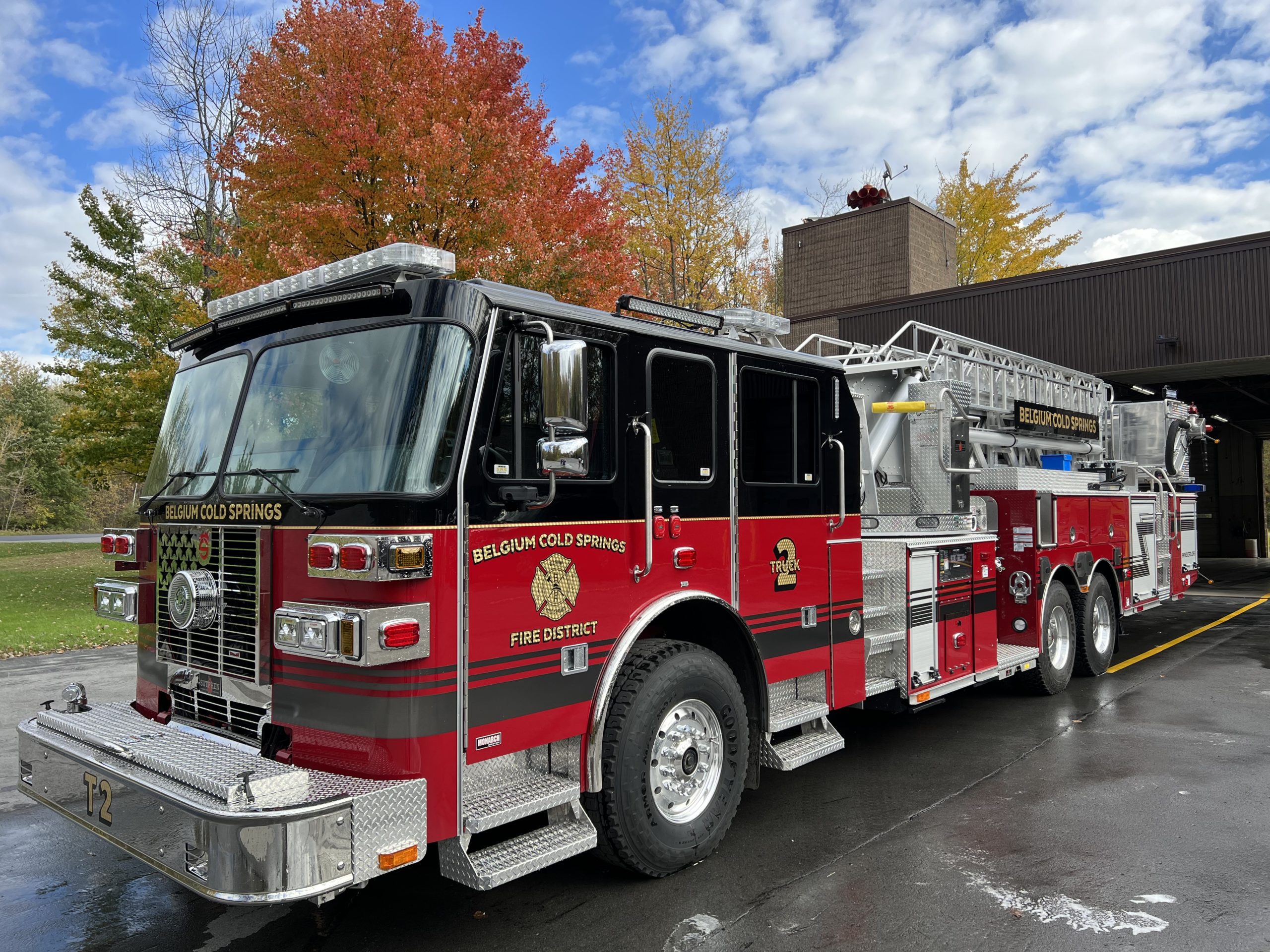 The Belgium Cold Springs Fire District is located in Lysander, NY, which is about 25 minutes northwest of Syracuse. This 100% volunteer organization maintains two fire stations and has approximately 70 members, 17 of which are EMT certified. From these two locations, the members are tasked with providing fire, rescue, and basic life support medical services to the citizens in the fire district. In their response area is a variety of industrial and residential structures, including a large Anheuser-Busch Budweiser plant. Most of the buildings are three-stories tall, with many having longer setbacks. The district’s residential areas include everything from low-income areas to high-dollar mansions. 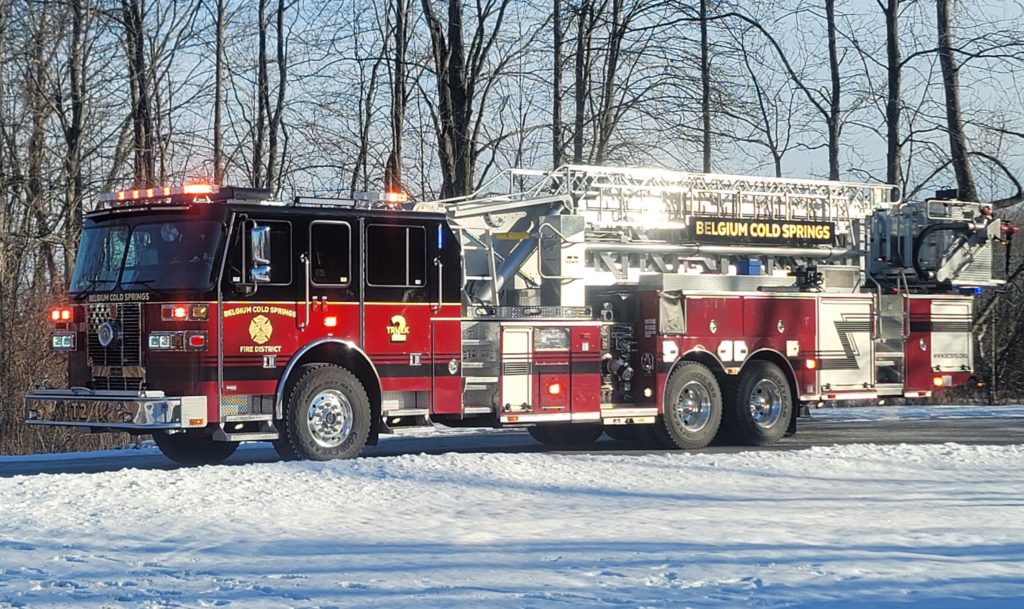 A few years ago, an independent study concluded that a 100′ aerial device was needed for the Belgium Cold Springs Fire District. After much research, the truck committee chose Ohio-based Sutphen Corporation to build a 100-foot mid-mounted platform. The Model SPH100 aerial went into service in 2021 and replaced an 85’ rear-mounted aerial platform. The truck is built on a Sutphen Monarch chassis, powered by a 600hp Cummins engine and Allison Transmission. It features seating for six firefighters, along with a 2,000gpm Hale Pump with a 300-gallon water tank. 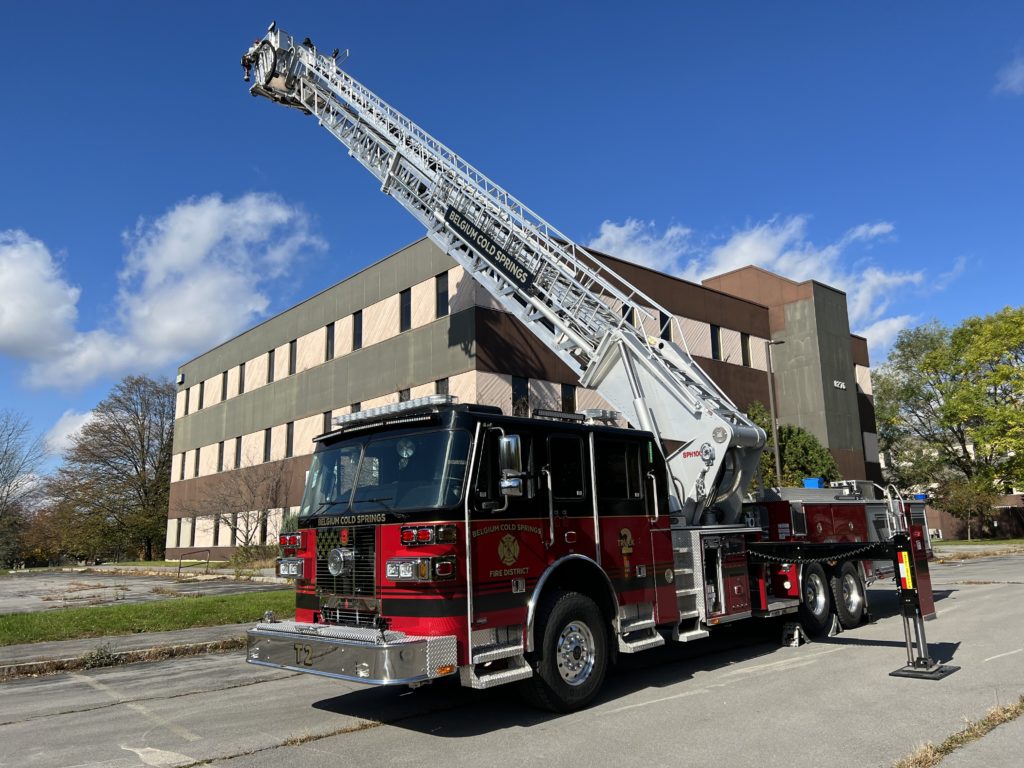 The aerial device is a 100-foot HuckBolted aerial platform with five ladder sections. To assist the firefighters with roof and ventilation operations, the truck committee selected a platform instead of a straight-stick design. The platform is rated at 1000-lbs dry and 500-lbs while flowing water, with a climbable waterway. Supplying power to the tip and around the body is a 10kW Harrison Generator. Additionally, the aerial and the truck are non-multiplexed, which is the preference of the department and their two full-time mechanics. The truck also includes around 250’ of ground ladders, with storage in the rear ladder tunnel, on the side of the body externally mounted, and up on the fly section of the aerial. 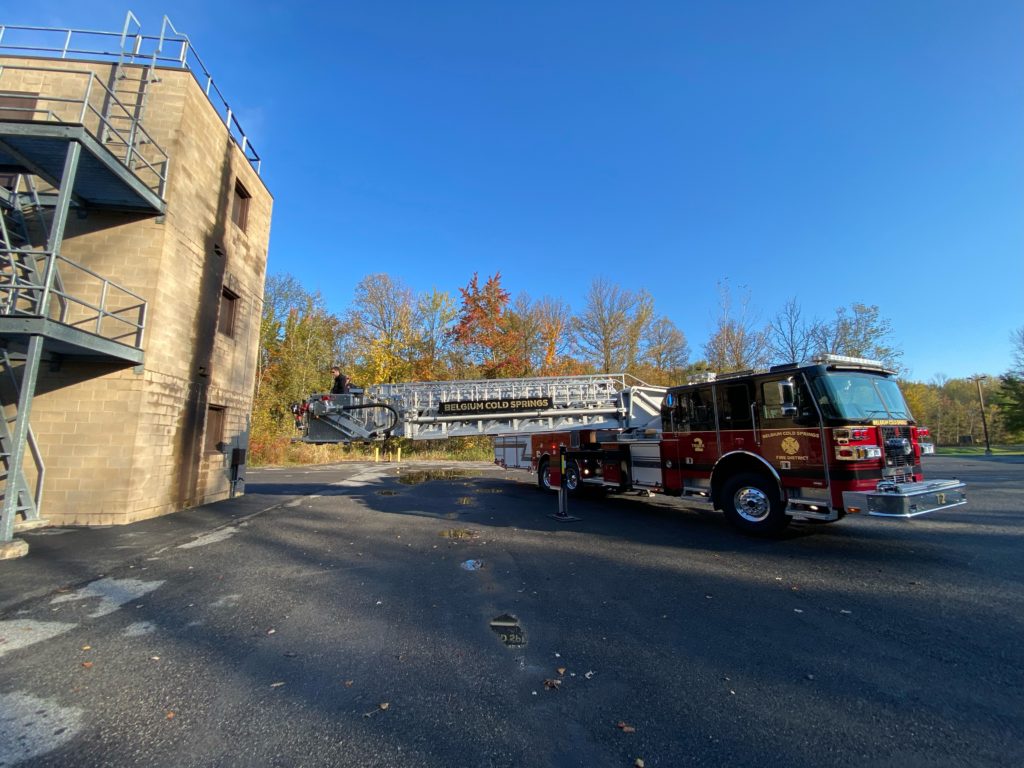 The committee’s selection of FireTech scene lighting came from multiple recommendations from other departments. Due to the unique two-way curve of the Sutphen cab, the front brow features the FireTech three-piece 72” brow light. Each side of the truck features two 2.27 double-stack MiniBrow light fixtures, one with combination spot/flood optics and the other with all flood optics. On the officer’s side of the body, the MiniBrow light is uniquely mounted above the external side-mounted ladders. To the rear of the apparatus, the committee chose two FireTech Guardian Elite fixtures, one mounted to each side of the rear ladder compartment. 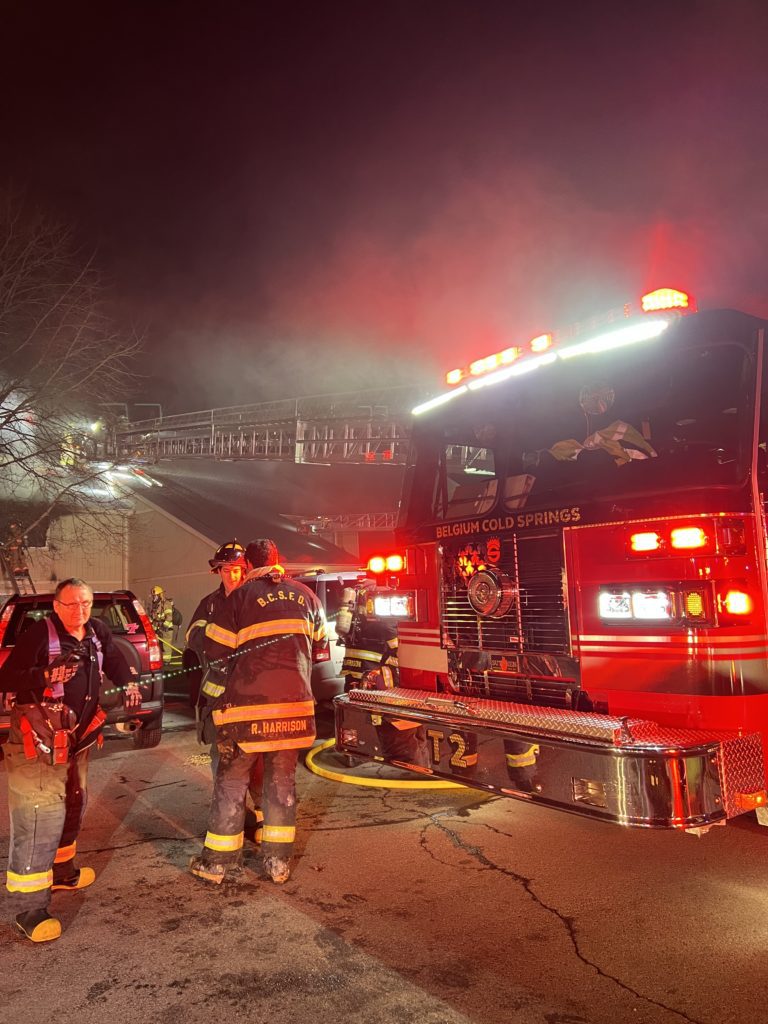 A big thank you to the Belgium Cold Springs Fire District for allowing us to feature the department’s new Sutphen Truck 2! Godspeed with the new apparatus.